I was reading a boating story in the Bible the other day. Maybe you know it?

Immediately after this, Jesus insisted that His disciples get back into the boat and cross to the other side of the lake, while He sent the people home.?After sending them home, He went up into the hills by Himself to pray. Night fell while He was there alone.

But Jesus spoke to them at once. ?Don?t be afraid,??He said.??Take courage. I Am here!?

Then Peter called to Him, ?Lord, if it?s really you, tell me to come to You, walking on the water.?

So Peter went over the side of the boat and walked on the water toward Jesus.?But when he saw the strong wind and the waves, he was terrified and began to sink. ?Save me, Lord!? He shouted.

Jesus immediately reached out and grabbed him.??You have so little faith,? Jesus said.??Why did you doubt Me??

Now we can unpack this in every which way, but what has been resonating with me is Jesus put them in that boat. Since He is Creator of everything, Knower of all things, we can deduce He knew that while he was hanging out with His Father, alone in prayer, the disciples would face stiff winds as they made their way across the lake. Opposition. We have to face it, Jesus knew what was going to happen and he put them in the boat anyway. We might ask ourselves why? What would be gained by their experience? What would they learn that night that would be good for their souls?

So as it happened, in the dark of night, a strong wind came up and the disciples found themselves fighting the elements. Nonetheless Jesus didn?t come running back to help them. He waited until a few hours before dawn to come to them. Strolling on the water no less. In the storm. The disciples? Fear upon fear. Their minds grasped for an explanation for what they were seeing. A ghost? Who could blame them for being completely freaked out!

Life is not predictable is it? When I first became a Christian I thought life with Jesus would equal easy street. Silly me. The question is when things go sideways, how often do we default to fear? I know when life throws me a curveball I can get stuck in fear for way too long.

Fear is a great foe in our lives. Maybe the greatest foe of all.

Over and over again we read in the gospels of Jesus? desire for His disciples to have faith, not fear. Not magical thinking faith or faith in their own heroic efforts but faith in Him. As His followers, it?s the same for us. It?s a long hard lesson most of us have to learn.

His greeting to these panic-stricken men included the words, ?I am.? This was not a casual reference. None of His Words are. He wanted them to know He is the I AM we read of in Exodus 3:14-15. He is stating He is, was, and always will be Deity. He had/ has complete sovereignty over everything, including the wind and the waves. These words were intended to remind these guys they could indeed take courage as they recognized Jesus was in command.

Jesus made no mistake in putting them in that boat.

There were discoveries to be made that night.

Now what?s really phenomenal in the story is Peter?s moment of clarity. He got the concept of the unparalleled power and authority of Jesus Christ, as well as the realization this was power and authority Jesus could impart to others. Peter had the audacity to ask Jesus if he too could walk on the water defying the laws of the natural world. We can only imagine the delight of Jesus at this gutsy and inspired request.

Fear had been replaced with bold and creative faith.

Peter did take a few astonishing steps on the water and then he noticed the wind, began to doubt, and started to sink. He still had a ways to go in his faith journey. And Jesus continued to patiently teach him as he grew in his faith. Thankfully He is patient with us as well.

For me, as I read this story, I am reminded, the Lord put me in the boat of my life. He knows exactly where I am, what I?m up to, where He is leading me, and what He wants to teach me along the way. He knows the joys I find in life as well as the challenges I face. The triumphs and tragedies. I too can take courage knowing the Jesus I love, the great I Am, always has His hand upon my life. And when I falter, I have learned, He is there to bring me out of tumultuous waters.

With a new year upon us it can be helpful to assess what is going with us as we navigate the boat of our lives. We can ask ourselves a few questions:

You might want to write a prayer of surrender and gratitude to the Lord as you anticipate what this New Year holds for you, trusting it is God Who guides us safely home. Psalm 107 was written long before Jesus, God in the flesh, calmed the storm for His astonished disciples. It tells us bringing us home safely has always been the heart of God. And it always will be. The amazing thing is He Himself is our heart?s true home but that is for another day.

?Lord, help!? they cried in their trouble, and He saved them from their distress.
He calmed the storm to a whisper and stilled the waves.
What a blessing was that stillness as He brought them safely into harbor!
Let them praise the?Lord?for His great love
????and for the wonderful things He has done for them.
Let them exalt Him publicly before the congregation and before the leaders of the nation. 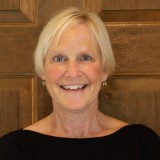 Karen Wycoff Watson is an alumni of the Leadership Institute's Journey, The School of Spiritual Direction and The Journey Faculty Training Program. She is a member of the ESDA (Evangelical Spiritual Directors Association) and the SDSDA (San Diego Spiritual Directors Association). She has been serving in her local church in various capacities for over 30 years, mostly in the area of Bible study. Her passion has long been to see the transforming love of God at work in the lives of His children as they joyfully engage in an ever-deepening relationship with Him.